Paradise Lost, by John Milton is one of my favorite books.  As I read it, visual images start rushing into my head.  Itry to capture them as fast as possible even if the drawing doesn’t come out how I like. Ideas are like dreams in the sense that if you don’t record them, you forget them quickly.  Ideas just as dreams are fleeting.  These are the different steps to get to the end picture which is a rough draft.  I will keep working on this ideas until I get a result that I’m looking for.  Sometimes it takes a long time to get to the end and sometimes I never get there.

I started with a diagonal grid and put in the figure.

I lay in a light wash in case I want to change something. 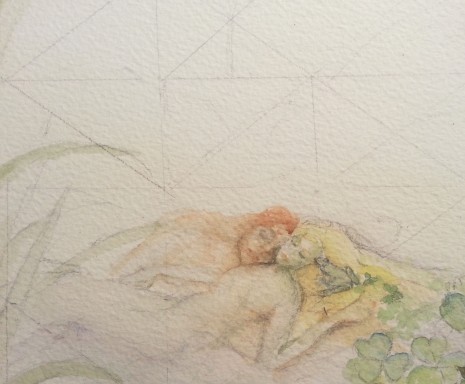 I didn’t add the other figure from the beginning and thinking about it now, I should have. 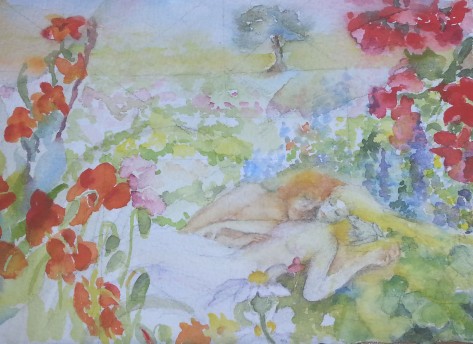 Here, I’m still keeping it light and working all around the picture plane.

Here I was developing the background looking for harmony. 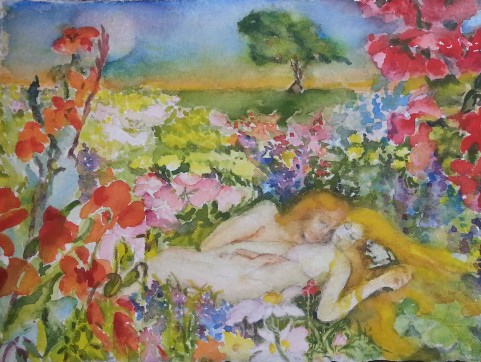 This is where I should have stopped, but I continued because I didn’t like Adam’s face. Trying to change it made it worse. Normally in watercolor if you try to make something better, it usually gets worse.

When I was painting the last details, I covered too much of the white and painted Adams face again. It just got worse.

Another version of the same idea.

Draw a border line with a pencil of where you want the gold leaf to be.

At Grossmont college, Mr. Harry Lum told us this was a great paste for collage and I’ve been using it ever since. Thin the paste down with a wet paintbrush and brush it on where you want the gold leaf to stick.

I waited til the next day before brushing off the excess with a soft brush and it came out perfectly.

When you brush off the gold leaf, keep the excess in a box.

Gold leaf Border with a rule of three to control the drawing.

I started over and came up with a version I like more. This one is called Deep Slumber.

This site uses Akismet to reduce spam. Learn how your comment data is processed. 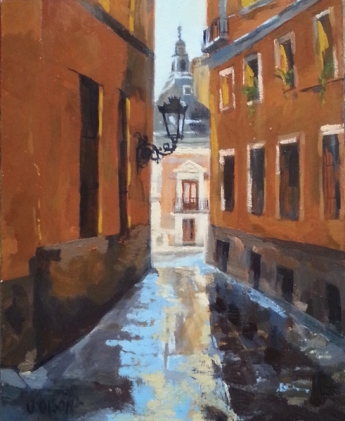 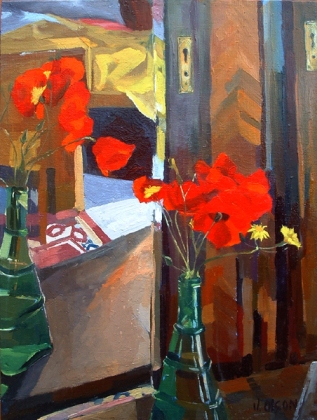 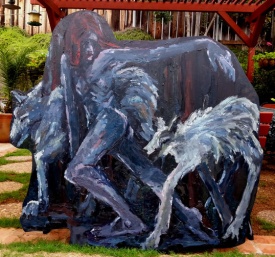 Canto I She Wolf

“Victoria,We have the Painting – Beautiful !!I have to say, seeing the real thing – It’s Stunning!The colors will go so well in our houseThe suttle pinks and whites are masterfully done – very nice!You can almost hear the water splashing in the fountainThank you so much Victoria, a real treasure to grace our wallPackaging was totally intact, packed very well by the wayNow for a frame!Thanks again, we will surely enjoy it” Miles & Debbie 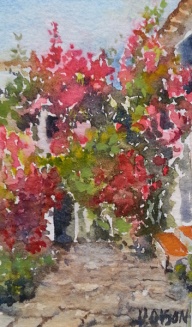 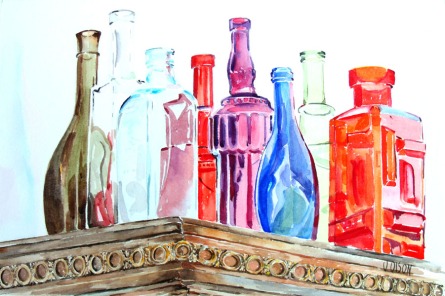 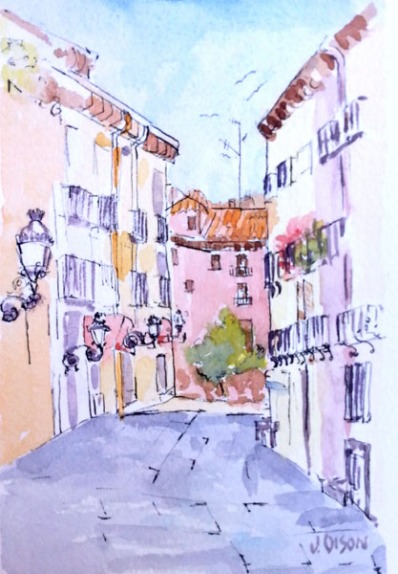 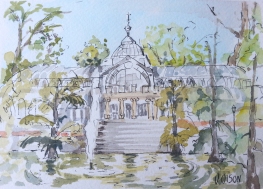 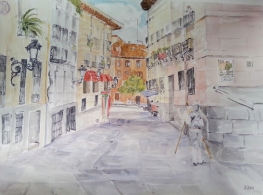 Santa Maria la Real de la Almudena is the Catholic Cathedral of Madrid, simply called, La Almudena. The Church is dedicated to the Virgin Almudena, the patron Saint of Madrid. The construction began in the late XIX Century and was completed in the late XX Century. It has Neoclassical, Neo gothic and Neo Romanesque styles. 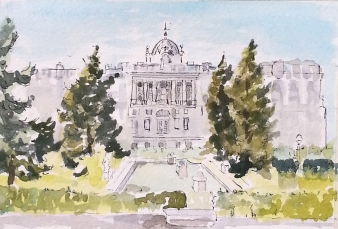 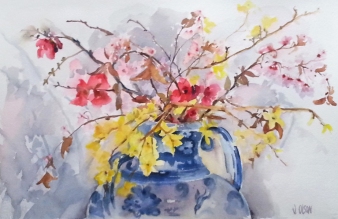 Red Poppies with Yellow and Violet Flowers in the Evening 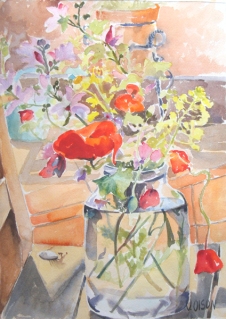 Spanish Poppies in front of Window 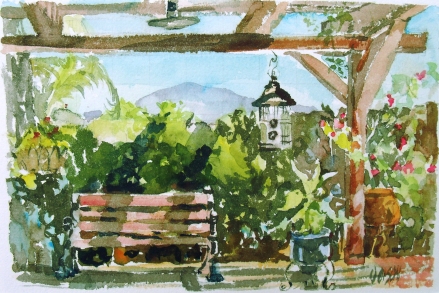 Three Glass Bottles with a Pear

Wild Flowers in a Pickle Jar 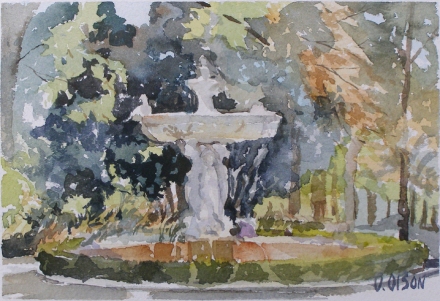 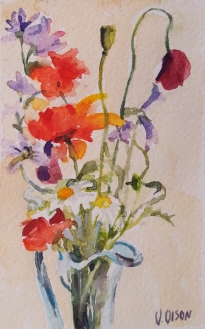 Poppies and Daisies in Pickle Jar 2019

White Poppie with Old Pot in Front of Mirror 2019 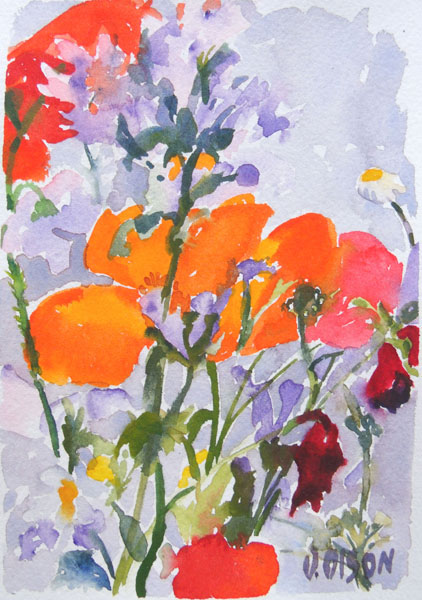 Poppies and Wild Flowers May 2015